The 28 European countries have a total of over 1.8 million companies including both accommodation hotel and non-hotel, that companies active in the food, catering and food service. The distribution of these companies varies widely within Europe, and has the highest abundance in Italy with about 307,000 enterprises, Spain with 287,000, France with 252,000, Germany with 217,000 and Great Britain with 128,000 businesses. 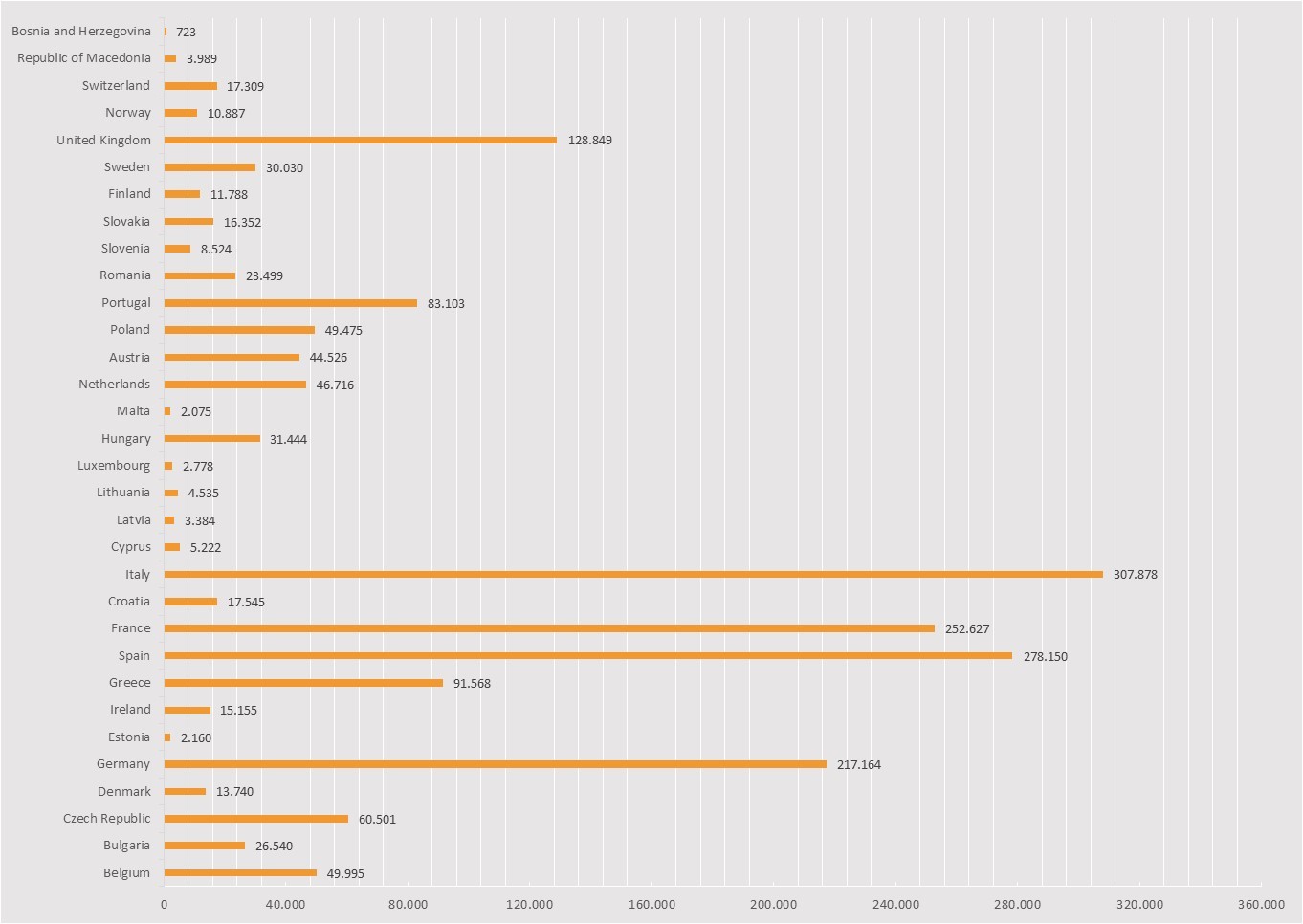 The market for the sale and purchase, rent and lease of hotels, restaurants, pubs and bars in Europe is essentially characterized by certain some limitations that make the different countries more or less advanced and their markets more or less transparent and suitable for hotel investment sales.

Despite the high presence of hospitality properties, selling and marketing hotels, residences, beach villages, motels, bed&breakfasts, country houses, and restaurants, pubs, bars, café, fast-food, wine bars, and in general HORECA businesses is still characterized by unsophisticated methods and approaches, which do not take into account the power of recent enabling technologies and the progressive improvement of market conditions.

Beside this, hotels and hospitality and food service businesses represent a particular class of commercial properties, far different from other commercial assets, requesting thus a completely different approach, more professional and qualified.

Due to the shape of the national hotel markets, mainly focused on major historical cities and small and medium urban and sub-urban centers – where there is a high concentration of hospitality assets – it results often difficult to marketing and selling these properties in an effective way, because of this fragmentation and dispersion.

Added to this it is that in many European countries, businesses are independent and do not form part of groups, with a low concentration of individual owners and a multitude of small and micro enterprises.

Another relevant aspect is the lack of specialized professional real estate agents, with a specific knowledge on these assets and in the hotel and food service field. Many vendors who need of identifying appropriate agents find them hardly, especially local brokers with experience in secondary cities and rural areas.

From the point of view of hotel asset transactions, there are no official data estimated and issued by a public body, however, various estimates collected by international research institutes are widespread. On the one hand, the most important hotel transactions gain visibility on the market and are reported by specialized media, on the other hand many less significant transactions or occurred in secondary markets are not recorded, creating a lack of value within the statistics.

Of all the European markets, the hotel investment market considered more liquid and transparent is the English market. Even German and French are considered rather advanced and transparent markets. Each market has its own dynamics and logic, also functional to the overall number of the hotel properties, the average size and the location of these.

During the last real estate cycle, Italy has gained the interest of international investors, increasing the volumes of annual hotel transactions. 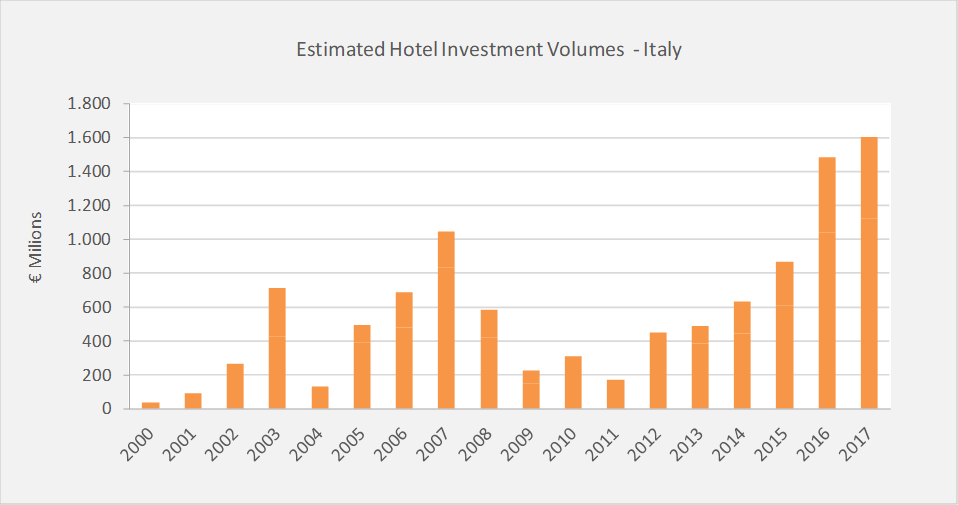 In the last decade, the trend of volumes has followed the trend recorded in other European markets, however on a smaller scale. The peak in volumes took place in the two-year period 2007-2008, a year followed by a marked downsizing of transactions, motivated by the strong international economic crisis.

The Italian market has shown an increased level of transparency and maturity, like the main European markets, where the largest number of hotel property sales have been concentrated. During the period immediately preceding the international real estate market crisis – in the two-year period 2007-2008 – there was also the presence of international hotel operators and investors, a phenomenon that has increased the interest in the Italian market and in particular for properties with a historical and artistic relevance. Subsequently, the spread of the crisis of the cd. subprime mortgages, originating in America, and spread in Europe during 2009, completely changed the scenario of investments in real estate. The period 2009-2013 saw a sharp slowdown in the purchase and sale of hotel properties, which saw an increase in volumes only from 2014, growing strongly with the end of the previous financial crisis. This aspect was reflected in the performance of hotel investment volumes, which reached and exceeded during 2016 and 2017 the maximum volumes recorded in the previous real estate cycle. Expectations for the two-year period 2018-2019 are still undetermined, waiting for the economic indicators to stabilize, showing a consistent trend with historical data and forecasts.